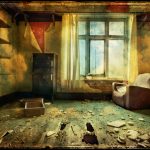 I have had an image accepted for the Royal Photographic Society Visual Art Group Exhibition 2012 – ‘Dreamscape’, which I had also submitted for the RPS International Projected Image Exhibition 2011 where it just failed by one point to make the grade.  Now it will instead be seen in print at the exhibition when it opens in January 2012 at Fairfield Halls, Croydon, Surrey CR9 1DG.

‘Dreamscape’  was shot in at ‘Manor House B’ in Norfolk, and amongst other things is completely overlaid with a blue sky texture to ‘bring the outside in’ and to enhance the dream-like atmosphere.