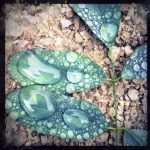 I was invited to write a short article on iPhoneography of The Journal, after they saw my full-length article in ‘DIGIT’ http://www.vivecakohphotography.co.uk/2014/02/27/article-in-rps-digit-magazine/.

This is the full article that I produced, below is the edited version that appeared in the magazine.

‘As a photographer I am constantly looking out for new ways to express myself photographically, and I feel that iPhoneography has aided me greatly in this on-going quest, partly due to the limitation of only having one lens (a bit like going out with nothing but a 50mm f1.4 lens on one’s DSLR), but also in that using some of the different camera apps can generate many varying effects.

This is what I find so fascinating about camera phone photography, for it enables a multitude of moments to be captured in an instant, in different formats to produce imaginative and engaging photos.  I find it genuinely exciting, different and endlessly creative – not a tool to replace my DSLR or to ‘dumb down’ my photography, but to enhance it, challenge my skills and vision in a way that allows me to develop as a photographer, and most importantly to never stop ‘seeing’.’

More of my iPhotos: http://instagram.com/vivecakohphotog
My book of Venice shot solely with an iPhone: http://bit.ly/VKVenice
My illustrated talk ‘iPhoneography to Photo Illustrations’: http://bit.ly/VKiPhoneTalk

Next post MY FRPS Panel Featured in The Journal, August 2014