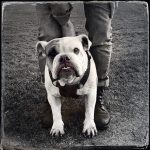 This was the second visit to our society by Viveca in recent times. She was last here in January 2014 when she talked about Urban Exploration, an activity that involves enthusiasts in visiting and photographing unoccupied and derelict buildings. I wrote an extensive report on that talk. Being so long ago the newsletter (Random Report 58) containing this is no longer available on our web site, but if you are interested it can be read on the Viveca Koh Photography Blog at the following link –

This time her talk concentrated on two aspects of photography. The first dealt with her use of an iPhone to produce creative images. As she explained, she had started her photography career using manual film cameras, both SLR and compact, followed by a DSLR Nikon D700 and Panasonic Lumix LX3. Whilst she had greatly enjoyed using all of these cameras she had, in recent times, recognised the advantages of using an iPhone. The improvements in image quality available from smartphones meant that the photographs produced were more than adequate for her purposes. Whilst it might have seemed a retrograde step down from more ‘professional’ cameras the iPhone, and apps that came with it, gave ease of use, processing on the go, and a sheer fun factor. It was refreshing to carry this tiny, lightweight camera, as opposed to a big heavy bag bulging with the lenses. Additionally, she enjoyed the discipline of having a single fixed focal length lens to work with. (It will be recalled that this use of a single short focal length lens was very much favoured for use in candid photography by people like Cartier-Bresson, which he described as ‘an extension of his eye’) This encouraged her to think more creatively regarding positioning herself for the best composition. She expressed her love of square format images. This came naturally with the application on her iPhone, whereas previously she had spent time cropping in post-production many of her photos to this aspect ratio.

Early use of the iPhone 4S with its 8 megapixel camera came about on a trip to Italy in 2012. She was revisiting Venice with other family members. The photographs taken on this trip were subsequently published in her book entitled Venice Snapbook . Images from this, together with a photograph of a wedding group that she took at the time, are shown below. It will be seen that there are a number of different treatments applied to these photographs.

Another interesting facet of this trip was the use that she made of another type of technology to help her in getting the images that she wanted. She used a translation application on her iPad to be able to speak in Italian to ask permission to take photos!

She had previously used photo apps for taking pictures and enhancing them subsequently with simulations of vintage cameras, pinhole and plastic cameras such as Holga (complete with authentic light leaks) The iPhone with inbuilt apps like Instant110 and Hipstamatic gave instant results directly of the lo-fi, square format, grungy photographs that she loved. The iPhone, being very discreet, was also an advantage.

Although she had used a wide variety of apps over the years to apply special effects to her images the favourite was Hipstamatic. This was only available on the iPhone (not Android-based phones) and the earliest version applied the selected effects at the point of taking the photograph. An update of this application, released more recently, gives the flexibility to change the effects after the photograph is captured. The following collage of pictures show more of the effects that Viveca has used.

Visitors to Viveca’s various web sites, but in particular her Flickr account, will see that her images cover a wide range of subjects and are not always subject to artistic treatments. However, I found her specific project on the subject of dogs and their owners particularly intriguing. I believe that this was triggered by the iconic images of Elliott Erwitt showing dogs alongside their owner’s legs. One of Erwitt’s images, together with a small selection from Viveca, are shown below.

In the second half of the evening Viveca moved onto the subject of her experiences in obtaining her FRPS distinction and the images which were used to illustrate a book, Star Blossom, of poems by her uncle, Fergus Chadwick. The FRPS distinction came in 2014, following on from the earlier stages of RPS distinctions. The LRPS came in 2010 with a panel of 10 photographs taken in an asylum, images which appeared in a book Lost Asylum Sonnets, a poetic collaboration with Catherine Lupton. In 2011 she attained Associateship of the RPS with a panel of fifteen photographs, featured in the book Left Behind. The photographic prints that resulted in her FRPS award were shown on our large display panel. A small selection of these are shown below, together with an image of the title page of the book:

Viveca’s photographic skills were self-taught and honed in the days of film photography, but then readily adapted with the coming of the digital era. Since then she has developed photographic techniques that take full advantage of the technology that has come with digital cameras, and in particular with the smartphone. Although her two talks to our society have covered very specific subjects her interests go much wider, as will become evident if you go through the images on her Flickr site. Not all images have been subjected to some form of manipulation. Her style is not one that will necessarily appeal to everyone, but the talk was certainly thought-provoking and entertaining.

Not being an expert in the sort of image manipulation that Viveca carries out I turned to our very own guru on this subject, Les Dyson, for confirmation of my understanding about the various apps. Whilst doing research on Viveca’s Flickr site for images I came across one which I knew would be of interest to Les. The reason will become obvious when you see the following two images!

Previous post Review of the Olloclip for The Journal, September 2016

Next post The Joy of Seeing: Photography My Way – A Lecture for Camera Clubs & Photographic Societies

Review of my Second Lecture from Storrington Camera Club

Review of My Second Lecture from Photocraft Camera Club

Lovely Letter of Thanks from Potters Bar Photographic Society