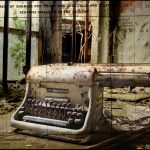 In December 2011 I was contacted by Steve Harnell, the Operations Editor at ‘Practical Photoshop’ magazine, after he saw one of my images ‘Communication’ on the Photoradar website, where I posted it ages ago and promptly forgot all about it.  Steve wondered if I would like to feature on the Image Review page that they run every month, describing how I processed the image and receiving some feedback from one of the magazine’s resident Photoshop experts.  Naturally I jumped at the chance, so sent off the image (in PSD format with all the layers intact) plus the information that he wanted, and then settled down for what at the time seemed like a very long wait until mid-March 2012 when the magazine was published.

So here it is.   Looking back at my original response I can see that I said a bit more about the process, but they have edited it down for space reasons I guess.  I was pleased that they liked my image though, and also interested in the ideas suggested by Ali Jennings as they were techniques that I had not tried before.  If I ever get around to giving it a go, I will post the results here, but in the mean time, the original image can be seen on my website.

5 thoughts on “Another Magazine Feature!”