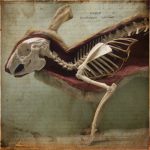 Mark and I visited the local Horniman Museum on Sunday, a short distance from where I live and free entry too, which is always a bonus.  Remember visiting the place as a young child and being fascinated by the volume of weird and wonderful objects on display, collected by Frederick John Horniman during his travels.  From the museum website: “The Victorian tea trader and philanthropist began collecting objects, specimens and artefacts ‘illustrating natural history and the arts and handicrafts of various peoples of the world’ from around 1860. His overarching mission was to ‘bring the world to Forest Hill’ and educate and enrich the lives of the local community.”

The museum remains no less fascinating today, but my favourite part was the natural history gallery, filled with stuffed and disected creatures, with some taxidermy displays still in their original Victorian cases – certainly not everyone’s cup of tea but all so interesting.  I was shooting with my LX3 at ISO400, which just about enabled me to hand hold the camera, but the level of lighting varied considerably from case to case so some shots were easier to attain than others.  The LX3 is very good for close-up/macro work, but also easier to hand-hold being considerably lighter than my Nikon, although I could not always eliminate the reflections in the glass.

Overall fairly happy with the shots I came away with, but will go back again another time to capture some more.  ‘Rabbit’ is the first of this series.